Conversations with John Paul Lederach: “Add a pair of wings to a pepper pod, you would make a dragon fly” 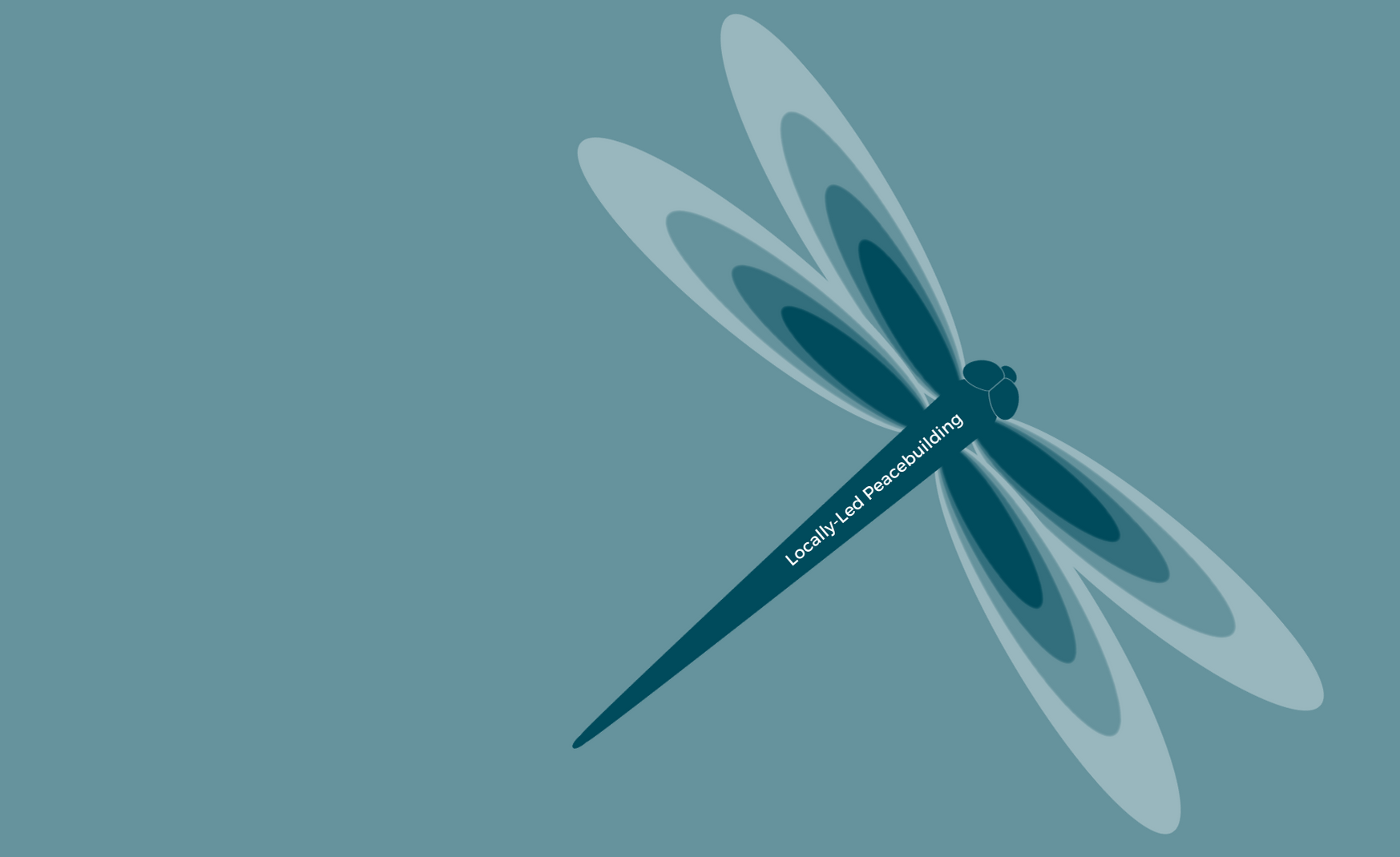 Inspired by the natural wonders and how it holds complexity and simplicity in close encounters, we have  pondered on systems change in the global peacebuilding system – and recently consolidated our thinking in the piece “The Dragonfly Model: Systems Change to Strengthen Support for Locally-Led Peacebuilding ”. With many years of combined experience within the CSP team working with local peacebuilding and addressing challenges facing locally-led peacebuilding globally, we are still trying to understand how different systems change approaches within the peacebuilding field can be interconnected and complementary and eventually amount to broader systems transformation. How can we understand and visualise a system with many layers of complexity and still simplify it enough to inspire more peacebuilders to pursue broader systems change and seek complementarities with what others are doing?

Our efforts at understanding the link between concrete support to local peacebuilders and broader systems change efforts, which intend to shift the general ways in which support is provided within the broader system, inspired us to develop a new version of John Paul Lederach’s ‘nested paradigm’. The ‘layers’ of the nested paradigm shows the embeddedness of direct support to local peacebuilding into broader systems change efforts (each wing of the dragonfly). But it did not capture the fact that locally-led peacebuilding is embedded in both national and global systems related to peacebuilding and the aid infrastructure, and that inter-linkages and cross-fertilisation between these systems is shaping the space for locally-led peacebuilding.

A discussion around the wonders and complexities of insects emerged as the team of Conducive Space for Peace walked together in the beautiful surroundings of a convent in a remote part of Denmark in the Summer of 2020. We were inspired by the two wings of insects and their inter-connectedness to develop a model for systems change inspired by the two wings of insects. But it still didn’t capture the fact that the world is rapidly changing, and that we needed to understand both what is here now and what may be emerging in the future. A dragonfly crossed our path while we walked and talked. And it later became the source of inspiration for understanding the multiple dimensions and inter-connections within the global peacebuilding system.

In a dialogue between the CSP team and John Paul Lederach in the winter of 2021 regarding the Dragonfly Model, John Paul reflected on how he too draws a lot of inspiration for his work from natural phenomena. Nature constantly strives to find a balance between simplicity and complexity, and his exploration of a spiderweb has for instance served a source of inspiration for deep insights which has contributed to shaping the peacebuilding field.

The Dragonfly Model aims to strike the same balance. While simplifying something as complex as the global peacebuilding system, with the body of the dragonfly symbolizing local peacebuilding at the core, the model offers a new perspective on systems change. As John Paul puts it: “Complexity is the gift that keeps giving.”

During our conversation, John Paul Lederach also reminded us of the Japanese haiku from his book Moral Imagination: “Add a pair of wings to a pepper pod, you would make a dragon fly.”  When John Paul was reading this aloud, a slight change of tone inspired a new meaning that allowed us to pinpoint perhaps the most important dimension of this model: With a pair of wings, you can make a dragon fly.

While the dragonfly represents a species that has lived on earth for more than 300 million years, it only lives for four weeks in its airborne life cycle. This is an interesting notion to hold in exploring this model, as it reminds us that no model is a constant but will need to be revisited, changed and eventually replaced by other emergent ways of understanding the global peacebuilding system and how shifting power to locally-led peacebuilding can be pursued.

Another significant trait of the dragonfly is that it is the only species of insects that moves its wings through muscles in its thorax that directly connect to the base of the wings. In our understanding of the model, we see it as an aspiration for how the system should work, with local peacebuilders holding the power to move the broader system to accommodate their needs and work to support them in the best way possible. Thus, the dragonfly carries the inspiration for driving change from the core of what matters: locally-led peacebuilding.