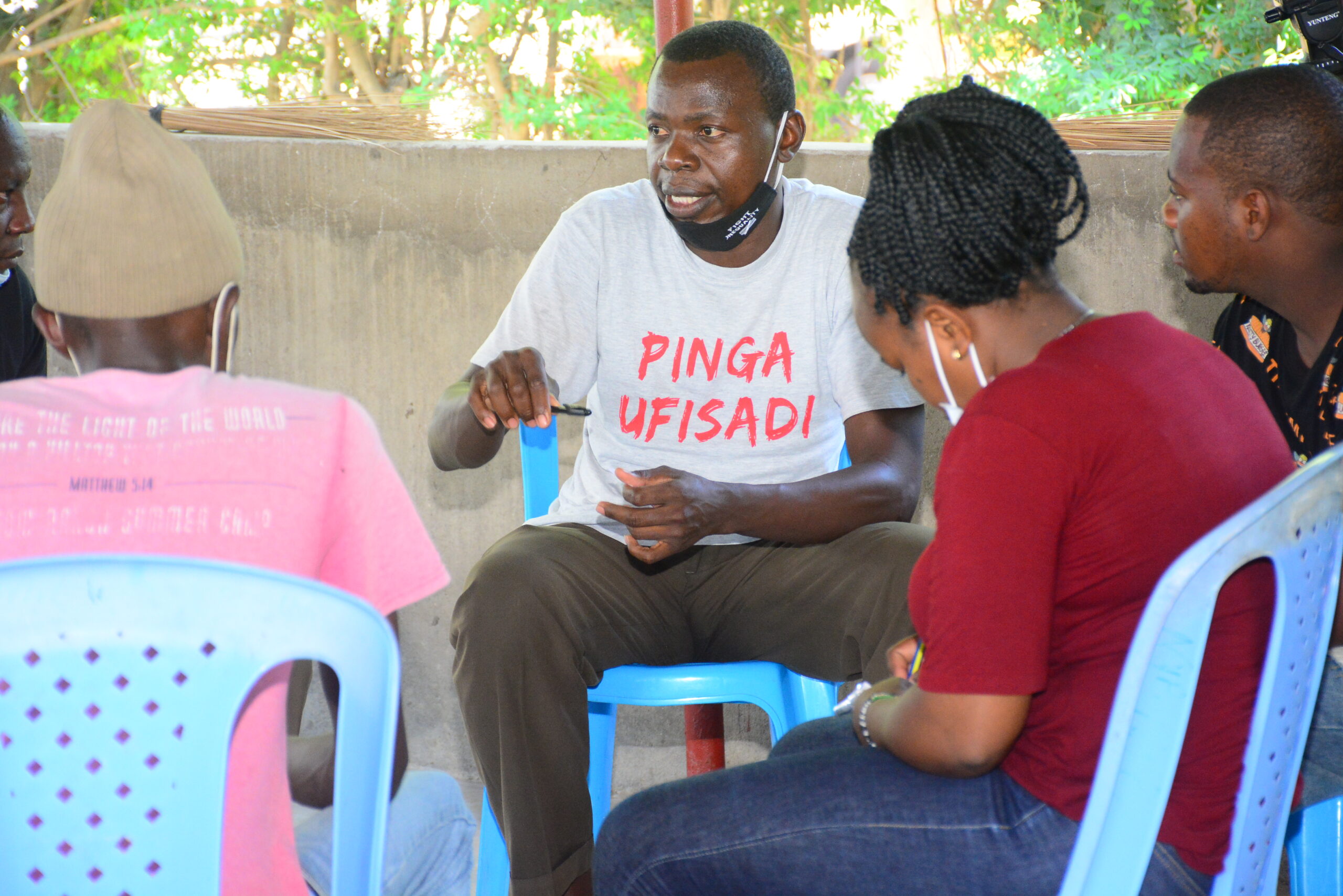 Sheikh Mwinyi Ali smiles to the religious leaders gathered in the Swalihina Mosque and concludes the meeting among the Muslim and Christian leaders in Mombasa. “The glass is now full, and if we keep pouring the water, it will spillover and we will waste resources”. They have been talking since 8am in the morning and it is now 1pm and prayer time. Some have to attend a funeral. They have for now exhausted the issues around the challenges in this area that are likely to cause and trigger violence in the run up to Kenyan elections mid next year. And they have discussed how to move forward and address these issues together, among the religious leaders in the community.

The meetings are held in either the mosque or the church with a group of religious leaders coming together to discuss what they can do to counter and mitigate violence particularly among the youth in Mombasa. Young people (under 35) make up 80% of the Kenyan population, and they face huge challenges of unemployment, struggling to make a living, and trying to avoid being subjected to violence, harassment and mobilisation into violent groups.

In Mombasa there have been many violent incidents particularly among youth, including violent extremist attacks. Some of the bombings have been led by al-Shabaab, but it is increasingly clear that both Muslim, Christian and other identity groups are mobilised for violence. However, Muslims in Mombasa are often discriminated against. Practices of ‘vetting’ by local authorities to document that they are Kenyan citizens and that their grandfather was a citizen of Kenya contribute to this context of discrimination. If they don’t, they lose their identity card and thus access to employment, education, etc. This is one of many situations that disgruntles the youth in Mombasa, including the half of the population that does not belong to the Muslim identity group.

The dialogue on this November day started with Sheikh Mwinyi Ali sharing a Muslim prayer and ended with Bishop Geoffrey sharing a Christian prayer, within the mosque. Angaza Empowerment Network (Angaza), a Mombasa-based peacebuilding organisation, has been instrumental in bringing the religious leaders together, and they are now leading the process themselves.

In another part of Mombasa, a group of youth leaders are convening to discuss the important role of youth in next year’s elections. It is estimated that 75% of eligible voters in Kenya are under the age of 35, and many are not registered to vote. Part of the problem is that they have not obtained ID cards which is a requirement for voter registration. Many youths have no ID card, partly because they do not see the point of it, since employment, further education, and other avenues for advancing their lives are all out of their reach. Some have even obtained an ID card however sold it for a dollar in order to survive the day. For those who have ID cards there is still a long way to go.

Another reason for young people not registering to vote is that most have very little trust in the political leaders. Many young people hold the sense that the government is run by a small number of wealthy families who for decades have taken advantage of their positions of power. When it comes to addressing the concerns and interests of the people, there is little difference between them. They campaign on slogans, bribes, and threats, and when they travel around the country in their big convoys of expensive cars, they are not there to listen but to exert power in order to retain or gain more power. So why vote. As one of the youth leaders explained: “My grandfather voted, my father voted, and still they did not see any change or attempt by leaders to address their needs and interests, so why should I go and vote”.

The perhaps most important issue when talking about the role of youth in Kenya, is that youth are often framed as the problem, both in terms of being marginalised, poor and unemployed and of being mobilised for violence. The capacity and potential of youth in creating positive change is often overlooked. But not by local organisations such as Angaza Empowerment Network in Mombasa and Transform Empowerment for Action Initiative (TEAM) in Kisumu. In the meeting among youth leaders in Mombasa, the dialogue was about solutions to the various challenges youth face and the challenges of the country. Inspiration was drawn from Mathews Shipeta, a human rights activist now running for elections. His story of having demonstrated how to create change through his work with HAKI Africa and advocated for change with banners, dialogue, human rights campaigns, and how he would use this experience as a basis for a new type of leadership, served as a positive role model for the others in the dialogue.

This article was written by Mie Roesdahl of CSP based on conversations with youth, religious leaders, and other community members, during a learning trip with the partner organisations of ‘Partnership for Peacebuilding’ (P4P) in November 2021. The Partnership for Peacebuilding is a partnership among four organisations: Angaza in Mombasa, TEAM in Kisumu, Center for Multiparty Democracy (CMD) in Nairobi, and Conducive Space for Peace. P4P aims at contributing to a secure and peaceful Kenya, with a particular focus on reducing political violence associated with elections, and promoting broader societal cohesion and resilience. 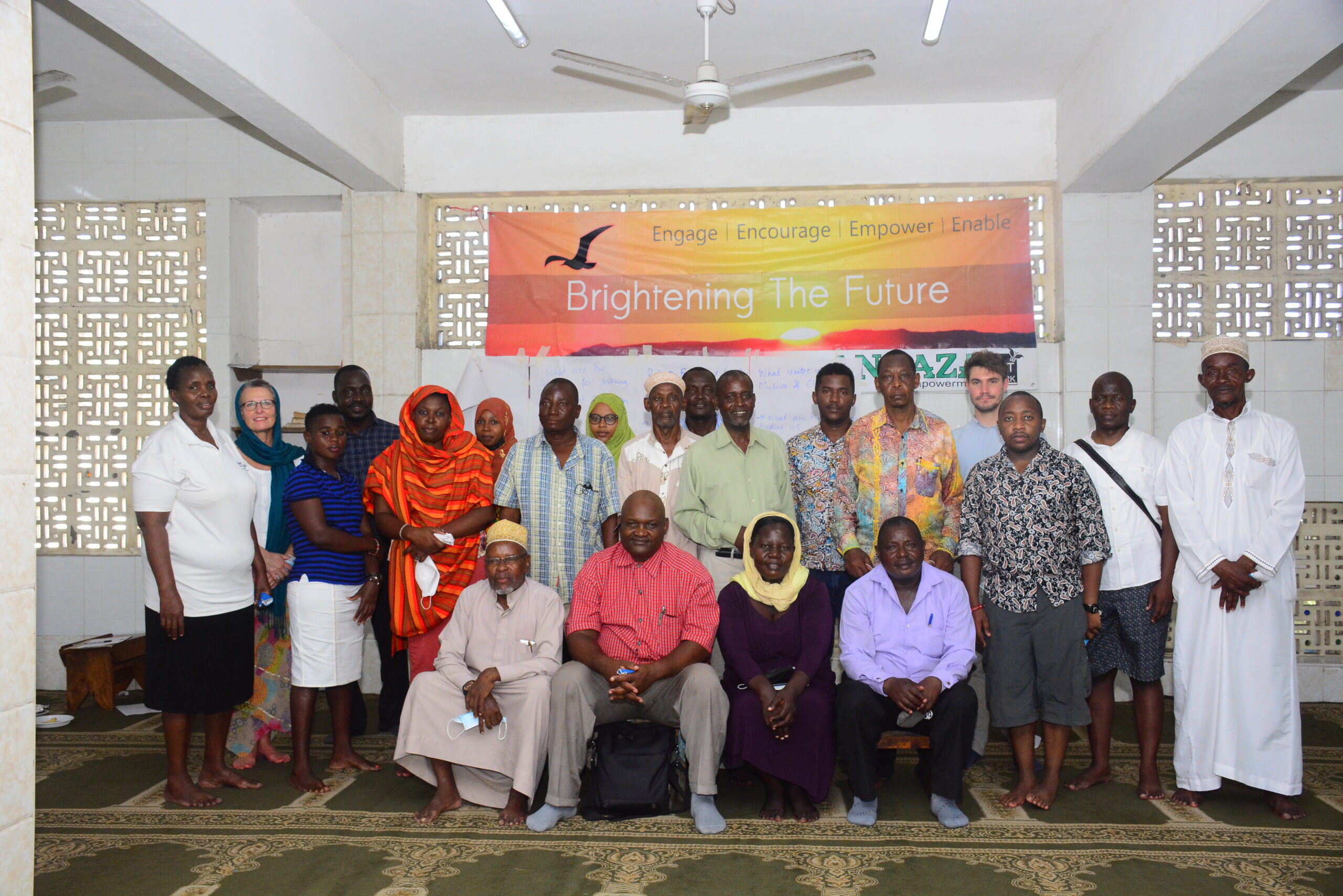